Most people say their perception of a company changes when they find it made a grammatical mistake, according to a recent study by Tidio.

About 94% of respondents in the United States and 86% of the rest of the world say they pay attention to grammar. However, when showing sentences that contained seven common grammatical errors, only 2.8% of people who thought they paid attention recognized all of the problems.

About 97% of people say that grammatical errors affect their perception of companies and individuals. 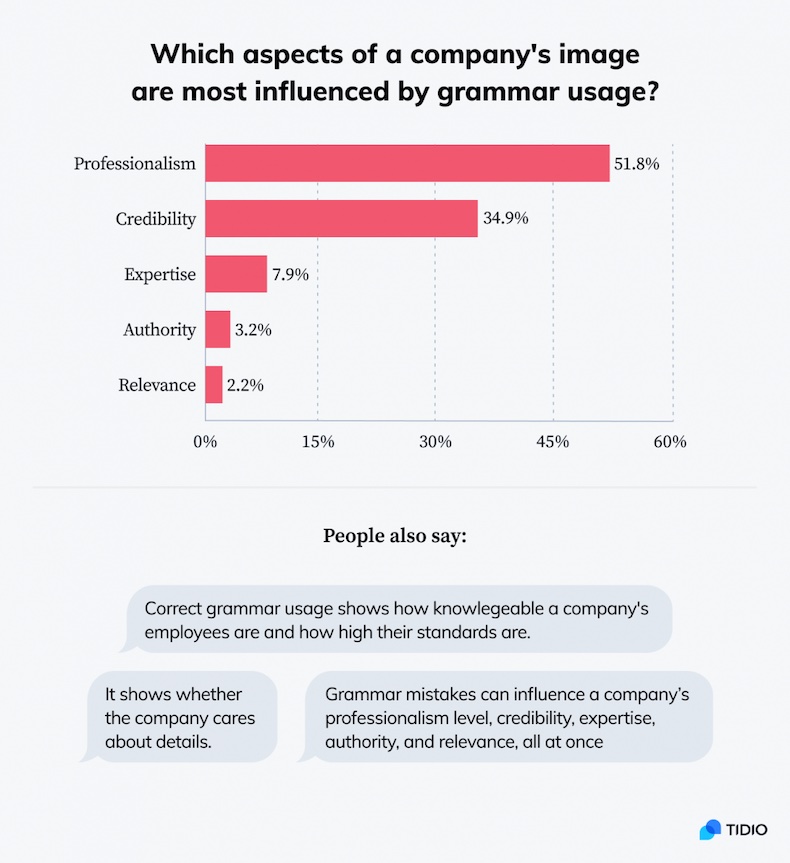 Some grammatical errors bothers people more than others. For example, the respondents give the abuse from there / her / their an average irritation value of 5.59 (7 = very irritating), whereas they give the wrong setting of commas an average value of 4.07. 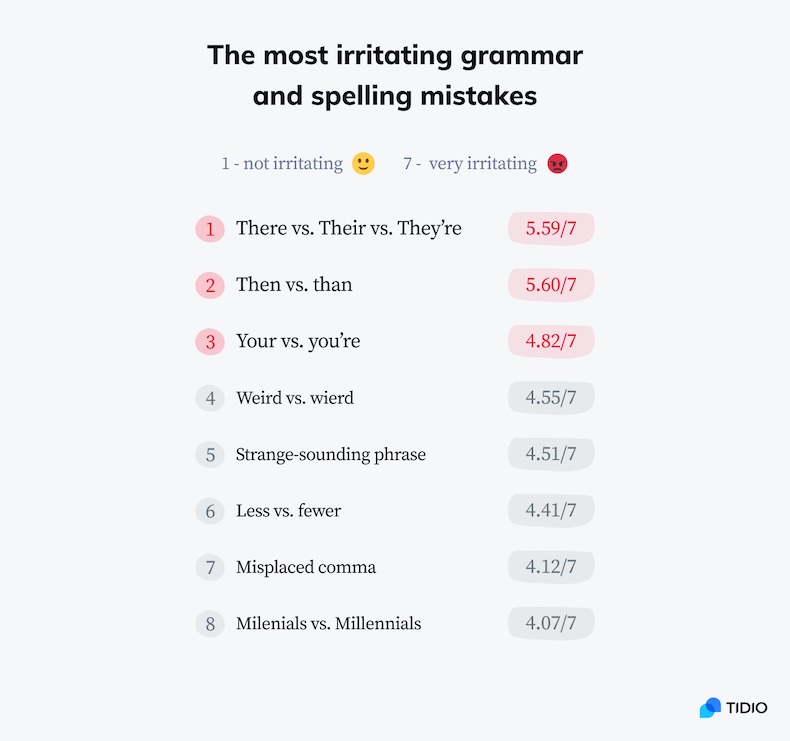